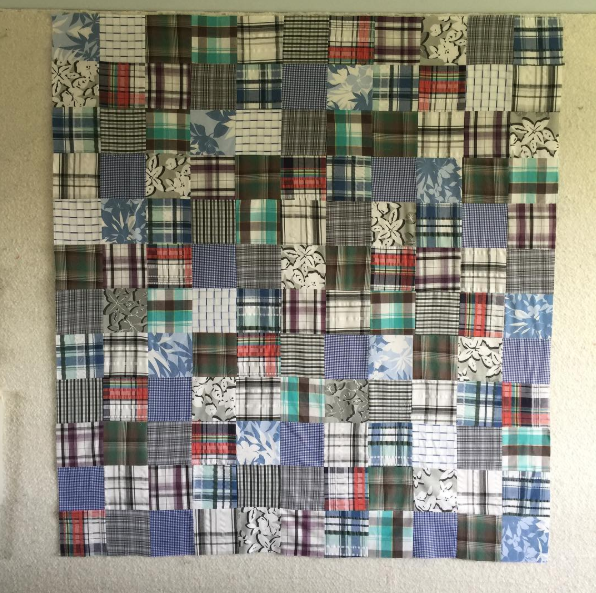 This is an excerpt of a blog written for the Showcase of Fundraising Innovation and Inspiration. Read the full blog at sofii.org My Grandad was a giant of a man, in so many senses.

At 6 foot 2 he seemed to tower above everyone else, especially as a small child. I have fond memories of climbing up on his shoulders feeling like I’d scaled a huge tree, clinging on to his smooth bald head, or grabbing at his perfectly trimmed goatee beard for dear life as we bounded down the street.

Living 100 miles away, we didn’t see each other often, but the time we had left a deep imprint, and one I will carry with me for the rest of my life.

His endless optimism, even in the hardest of circumstances. His gentleness. His terrible sense of humour. His faith. His love for his family. His enduring love for his wife.

But in many ways, I never knew much about his life, certainly his younger years. That was until he decided to write down his life story – and self-published a book which he gave to us all before pancreatic cancer took his life. Born just before the outbreak of World War II, he was evacuated from Southampton to escape the Blitz, but never lost his love for his hometown, or more accurately, his love of Southampton FC.

His career spanned from a Police Officer in the Royal Air Force, to coal delivery driver, to travelling preacher, to university warden, to debt counsellor. And he took his family, and it seems long suffering wife, on many adventures – from time living in Cyprus, to moving into a derelict farm house after leaving the RAF, to time volunteering in a Romanian orphanage after the fall of communism.

His life was a rich tapestry, as bold, colourful and varied as his collection of Hawaiian shirts*.

Peter Symmonds left his legacy in two main ways. He left a family legacy, of 4 daughters, 12 grandchildren and 20 great grandchildren (and counting). And he left a legacy of values, carried by the people that knew him well.

But while rich in family and in character, he had little money – never owning a house – and what he did have he gave away in life. If he did have money, I know he would have left a financial legacy too.

He may not have subconsciously thought it, but when he knew time was running out, my Grandad chose to make sure he could live on, by writing down his life story to be a lasting memory for those that were closest to him. And while his life was unique, this behaviour was quite common – natural in fact. Because through ongoing research into the motivations of legacy giving, we understand there is an almost universal human need to pass something on, whether financial or otherwise, to have our lives live on in some symbolic way after our death.

For a growing number of people this is found in legacy and bequest gifts. Not simply a means of philanthropy, or tax avoidance, we know that they create real value for the donor. Legacy giving is proven to help people age well and to find a new sense of meaning later in life. It is even proven to make donors feel happier.

Because through a legacy gift, many people find a way to complete the last chapter of their life story and write the ending to the biggest problems that have been eluding them in life.

For me, that might become the cure for pancreatic cancer and the means to remember and honour someone important to me. And maybe more besides. I’ve got a bit more of my life story to go yet, and no doubt there will be more twists and turns to come. But whatever lies ahead in my story, it is I’m inspired to make sure it is as well written as my Grandad’s was.

Download a copy of the legacy giving literature at legacyvoice.co.uk/legacy-giving-research