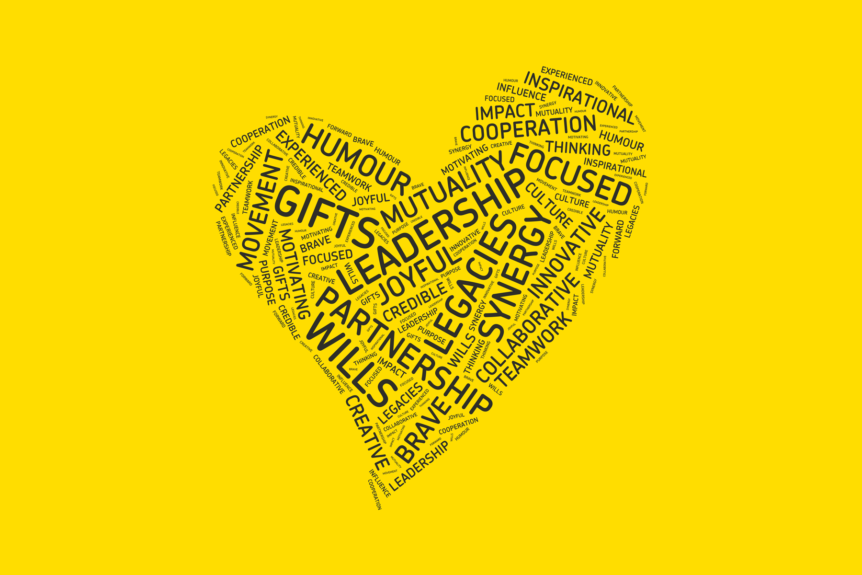 It’s coming to that time of year again that all legacy fundraisers get excited about. The kids go back to school, the leaves start to turn, Strictly is back on the telly, and the butterflies begin to flutter in our stomachs. Because the week we’ve all been waiting for is just around the corner. It’s like Christmas for us, but so much better.

It can only be one thing. Remember a Charity Week is just around the corner!

I’ve been involved with Remember a Charity for as long as I’ve worked in legacy fundraising. In that time I’ve seen it mature and grow into a campaign that truly is changing behaviour and influencing on a national level.

From working with the Government to create a climate where legacies can thrive, to commissioning research that is advancing our understanding of what motivates people to give, to forging partnerships that allows us to reach and speak to more people about legacy gifts.

And always delivering creative, positive, and joyful ways to engage people in the legacy conversation – which is what Remember a Charity Week in particular is all about.

In that time, I’ve seen so many new charities join, from all shapes and sizes and cause areas. All working together with the common purpose of growing the legacy market, so that everyone benefits. In fact the diversity of the campaign is one of its strengths, not just for the benefits of the big established charity brands, but for every and any charity that wants to grow its legacy gifts.

And whenever I work with new charities, helping them explore their legacy potential, I always recommend they consider joining the Remember a Charity campaign.

Yes there is an investment to be made, but there is so much value to be had. Not least, an annual opportunity to take part in the Remember a Charity awareness week, and the ability to engage your whole organisation and supporter base in the legacy conversation.

I’ve seen the plans develop for this year’s RAC week, and it proves to be one of the most ambitious awareness weeks to date. No doubt you will notice the noise that will be made during the week by the almost 200 charities taking part, and the national PR that will be generated.

So as we count down the final few days to Remember a Charity Week, if your charity is yet to join the campaign, I want to urge you to think about whether you can. It’s not too late to take part in the week’s activities (but you might want to get a move on), but even after the week is over there are so many other benefits that will positively impact your legacy fundraising.

In fact, I believe in the campaign so much, that if you’re not quite sure how you can make the most of your membership, I’d be happy to offer a free 30 minute telephone consultation to chat this through. Having been a member at two different charities and working as a consultant with other member charities, I’ve got lots of first hand experience as to what works and what doesn’t.

Or you can always give the Remember a Charity team a call – they’re very friendly and can put you in touch with other charity members too.

And if you’re already in the campaign, I hope your final preparations are all coming together, and I wish you a very successful Remember a Charity Week!