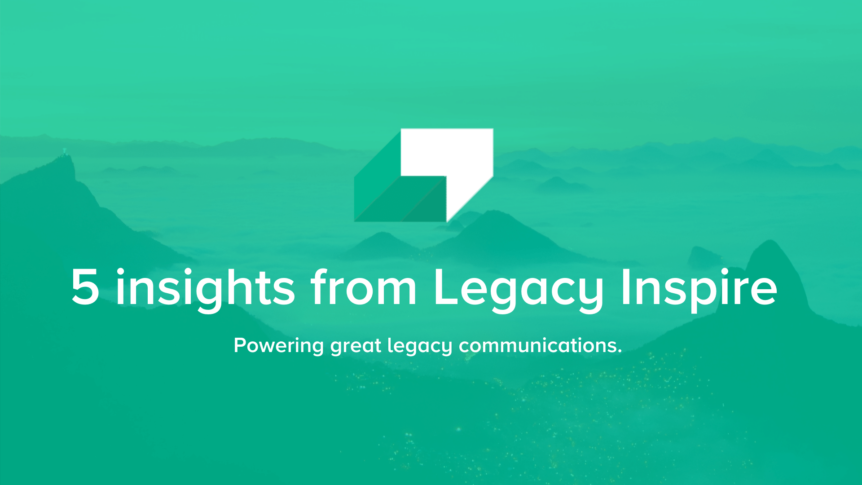 Over the last few months, I’ve had the privilege to work with colleagues at Legacy Voice and Legacy Foresight on the Legacy Inspire project. The project involved us ordering copies of legacy brochures from the top 100 legacy-earning charities and scoring them, both in terms of what research can tell us about how people process communications, and in terms of legacy-specific research on motivations and communications. As a nerdy academic type, it was great to see how many charities had taken into account evidence from research to craft packs that aligned well with what research can tell us. However, there were still opportunities to improve in places – this blog will explore five key ways in which we can integrate legacy-specific research into our legacy communications.

One of the most simple things – that most charities could easily amend when their packs are reprinted – is to replace legal terms with normal everyday language. There’s evidence to suggest that legal terms reduce interest in legacy giving: sometimes dramatically. For example, in one study interest in a ‘bequest gift’ was almost half that of ‘making a gift to charity in a will’.

It was great to see most brochures including stories from legacy supporters. However, research shows that the more stories we tell the better. This may be because the more stories a potential donor encounters, the more likely it is that they see and hear from someone who is like them in some way. Therefore, it’s a good idea to include stories from a demographically and attitudinally diverse group of supporters.

The brochures contained lots of good tangible examples of what charities do – and sometimes, more specifically, what legacies had enabled them to do. However, alongside those tangible examples, research tells us that legacy donors – who are often thinking in terms of decades rather than months – are likely to be thinking about the bigger vision for the organisation, or the positive future change that you want to see. Legacy brochures need to communicate that positive, long-term vision in a compelling and relevant way.

The same study that emphasises the importance of a focus on vision, also describes the importance of values. Values are an important part of our identity and, if we share values with an organisation which will live on after we’re gone, then an important part of our identity will live on too. It’s important therefore to make the values of our organisation clear. Some people did this beautifully – whilst describing how their organisation had changed and grown over time, for example, they made it explicit that the core values that were there at their foundation continued into the present day, and, indeed, would stand into the future.

Given the great insights that existing research can offer us, there’s a big opportunity for charities to carry out their own research, exploring how these ideas and others play out for their own supporters, and particularly for those supporters who had chosen to order a legacy pack. One charity had enclosed a survey with their pack, exploring who legacy supporters were, their motives and the value they received from the pack. There’s a big opportunity to learn more from these vitally important supporters, and to make sure that the information we share with them is both useful and inspiring.

Legacy Inspire aims to shine a spotlight on examples of really great legacy communications and to give charities the evidence and insights to improve their initial communication with legacy donors. To find out how you can access the free summary report, or gain full access to the creative and scoring, follow the link below.